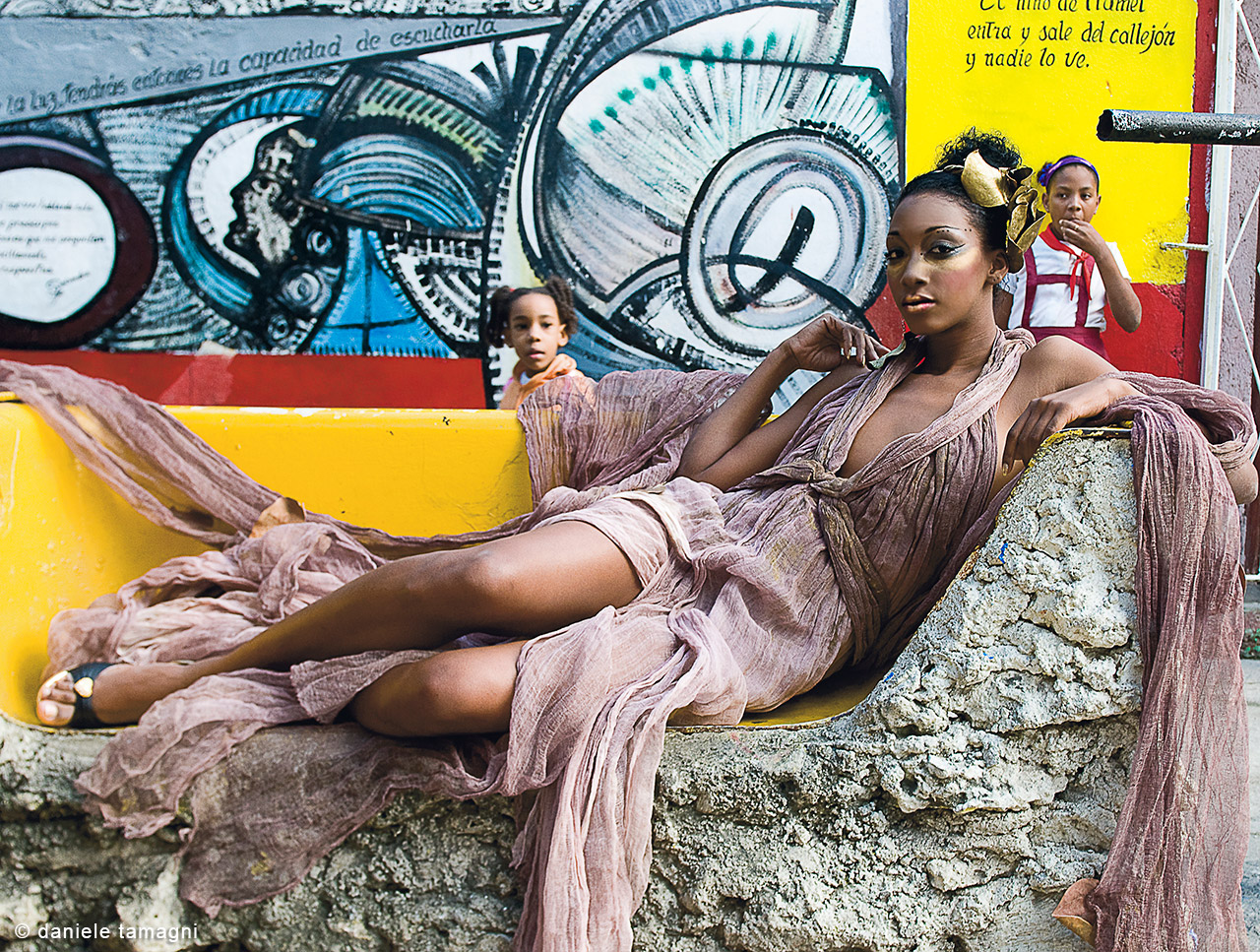 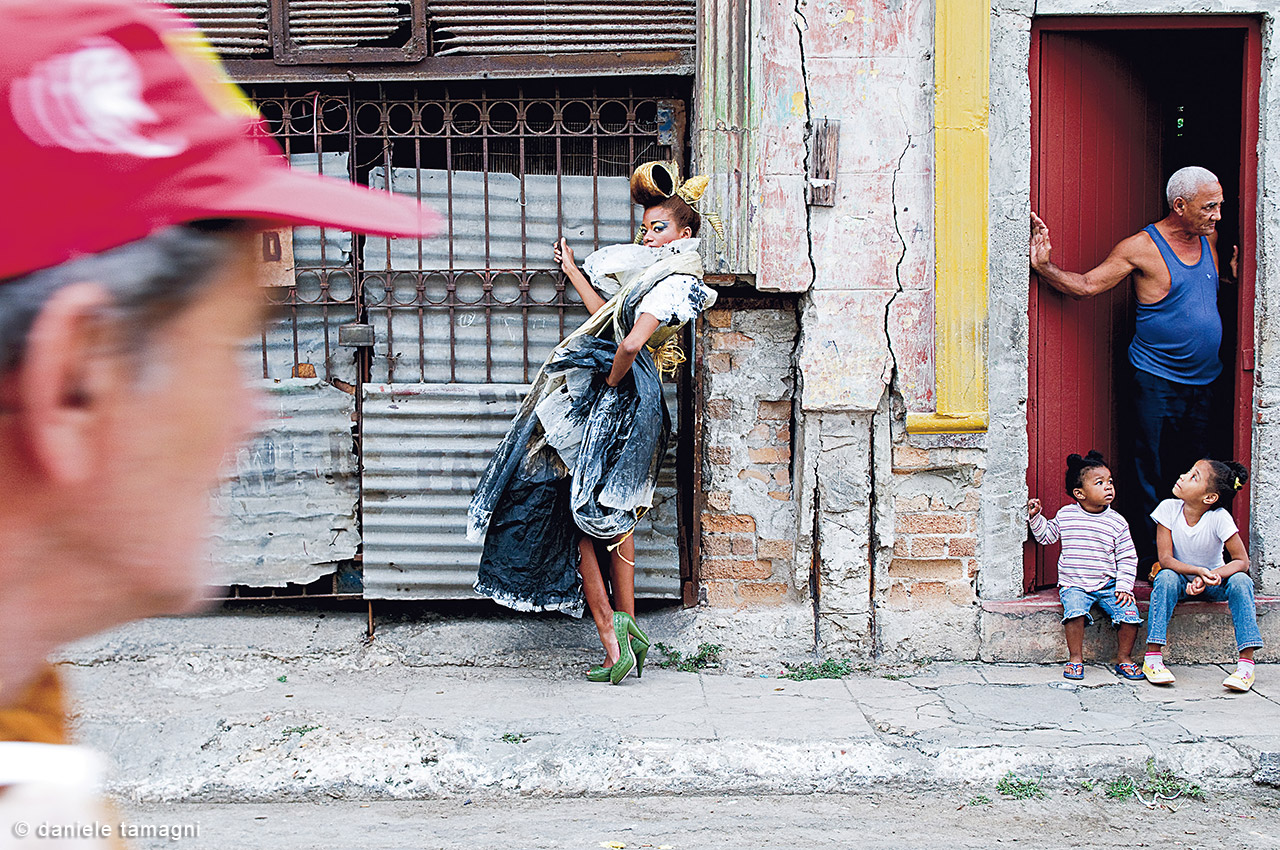 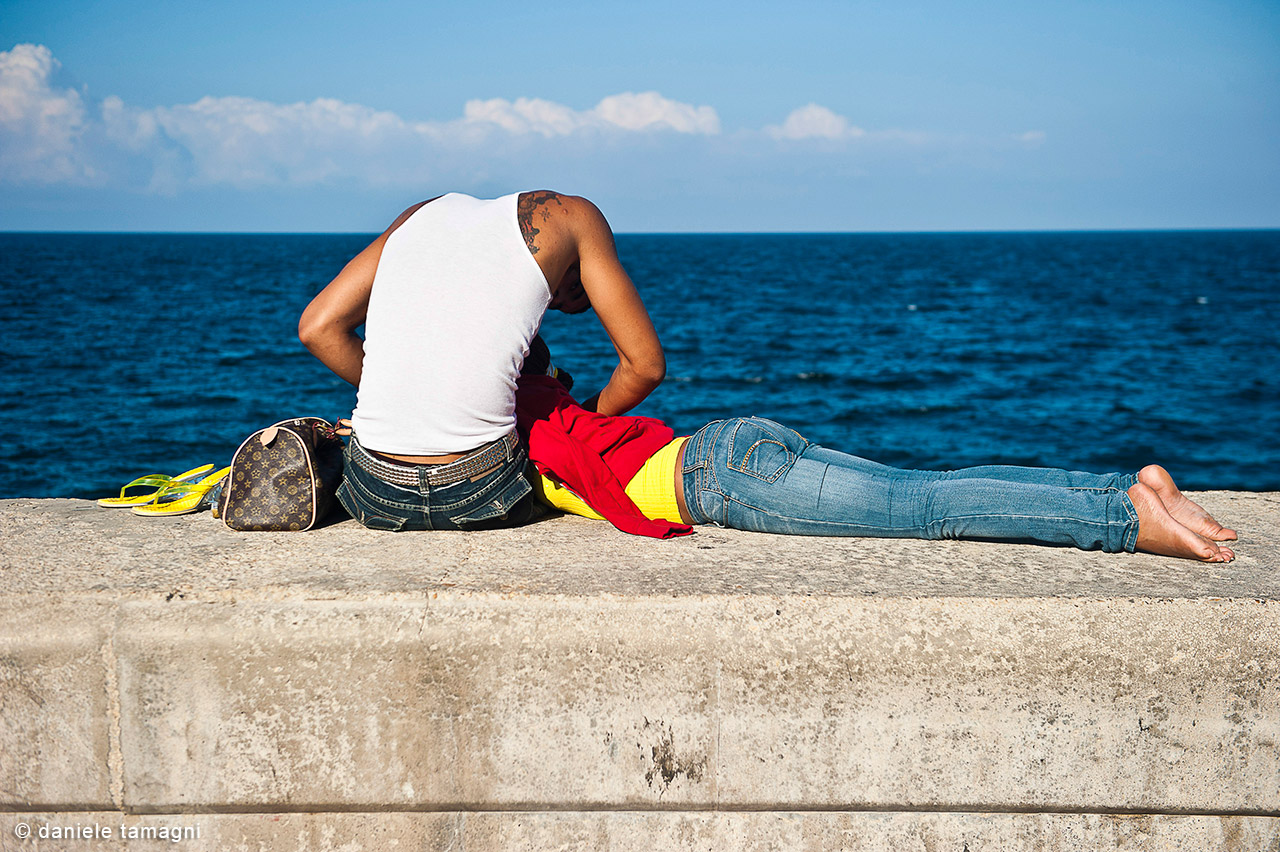 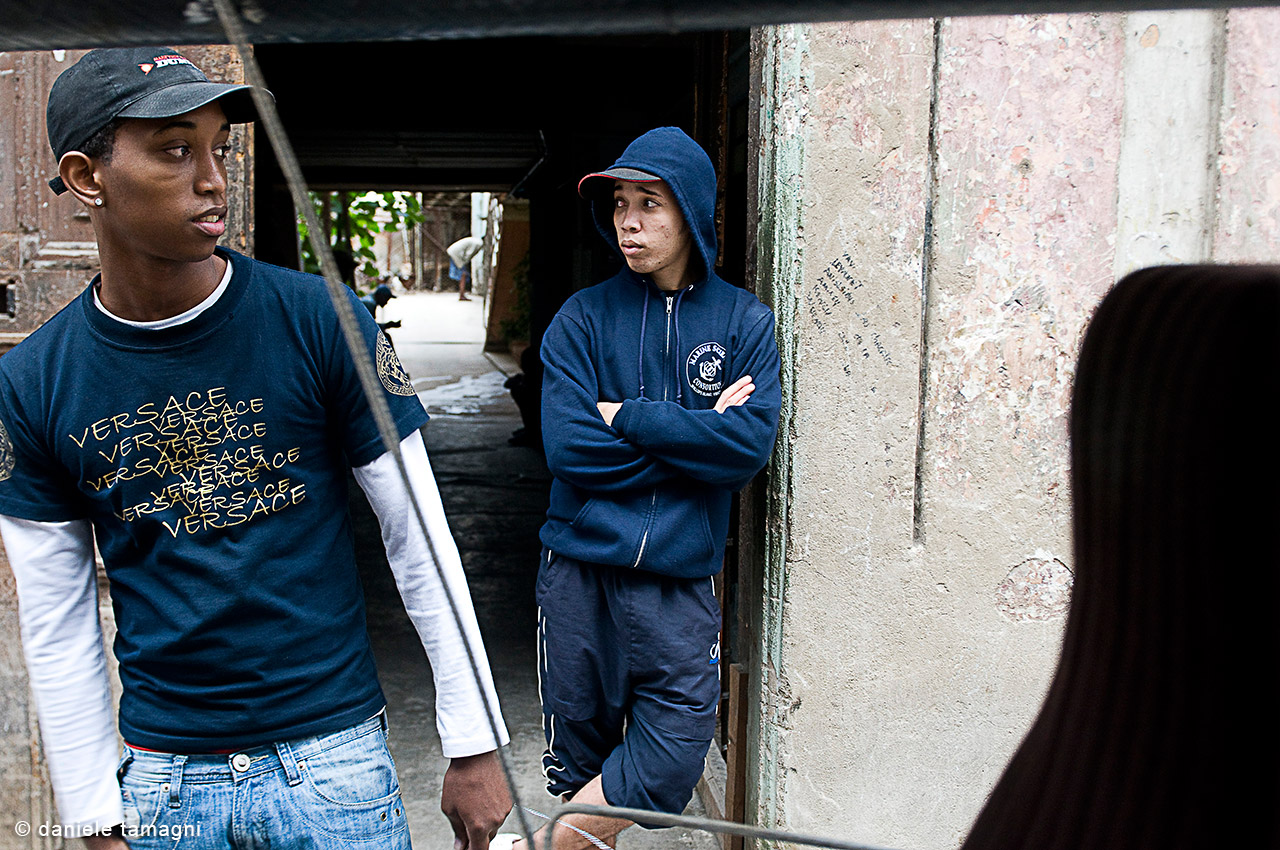 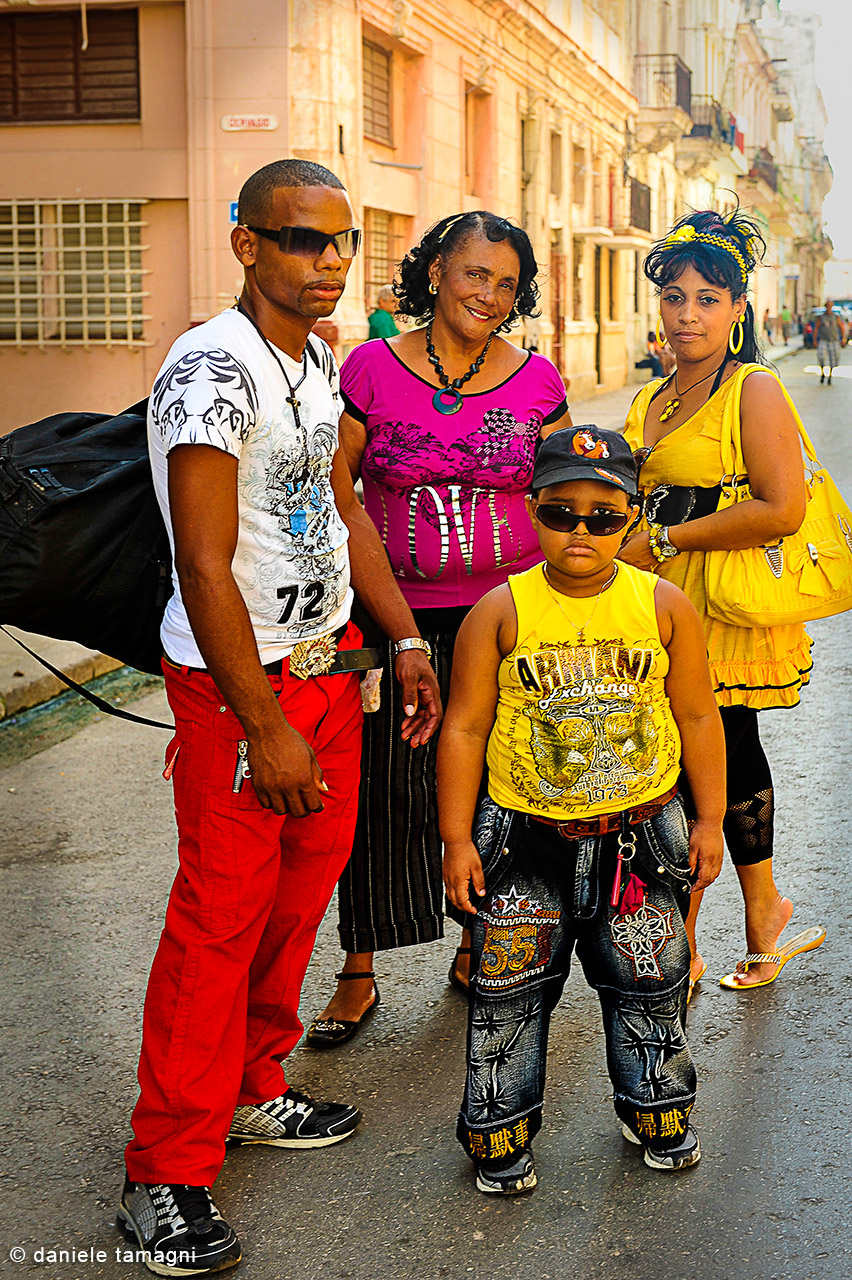 –
Habaneros in body and soul

During his time in Havana, Tamagni has assembled a collection of portraits that vividly documents the whims of fashion and the love of dressing up, while allowing a glimpse into a broader and more intricate social landscape. His impromptu models, the men and women who are inseparable from the eclectic architecture surrounding them, convey the dynamism, the fluidity, and the contradictions of a society that at times appears to be moving forward—through the youth, like many of those photographed by Tamagni, and others who are not so young—toward a fascinating and somewhat perverse future, a future in which Cuba is heading toward a reunion with a globalized, capitalist twenty-first-century version of its own past.

Havana is a theatrical city, with the aura of a stage left behind to the elements, and which can at times stand out because of its radiant yet decayed beauty. Those who pose for Tamagni reveal themselves to be actors attuned to the textures, contrasts, and colors of the stage on which they move. With their surprising combinations of different garments, and their love for improvising, adapting, and altering, these subjects complement the varied monumentality of this port city that has been the heart and soul of Cuba for centuries.

During recent years, with the very modest growth of its economy, the country and its most celebrated city show visible levels of disparity and poverty. The economic and social crisis… has become a chronic phenomenon. Among the small businesses that the government has allowed in recent years is the retail sale of clothing. One can speak of a veritable explosion of small shops, often opened up in private homes, stocked with clothing, shoes, and costume jewelry that arrive by the tons on the island every week as baggage on flights out of Miami, Quito, Caracas, Luanda, Panama, Madrid, and other cities where Cuban emigrants make up large communities. The distribution and sale of these textile products in Cuba can now take place through both legal and irregular channels, thanks to the extremely efficient networks that make up the island’s ever-prosperous black market. With regard to the clothing seen today in Havana, special mention should be made of the workshops headed up by local designers, who on occasion take advantage of the small space available to the private sector for creating and selling exclusive pieces of haute couture.

Daniele Tamagni’s Havana photos do not find their inspiration in the exclusivity of runway designs. His lens captures the comings and goings of people out on the street and focuses on ordinary people who are relaxed in the presence of a camera belonging to a foreigner who they assume is just another tourist.
By focusing on these young people who move throughout the most populous and decrepit neighborhoods of the city, Tamagni reveals essential features of a society that is cautiously moving into the new millennium.