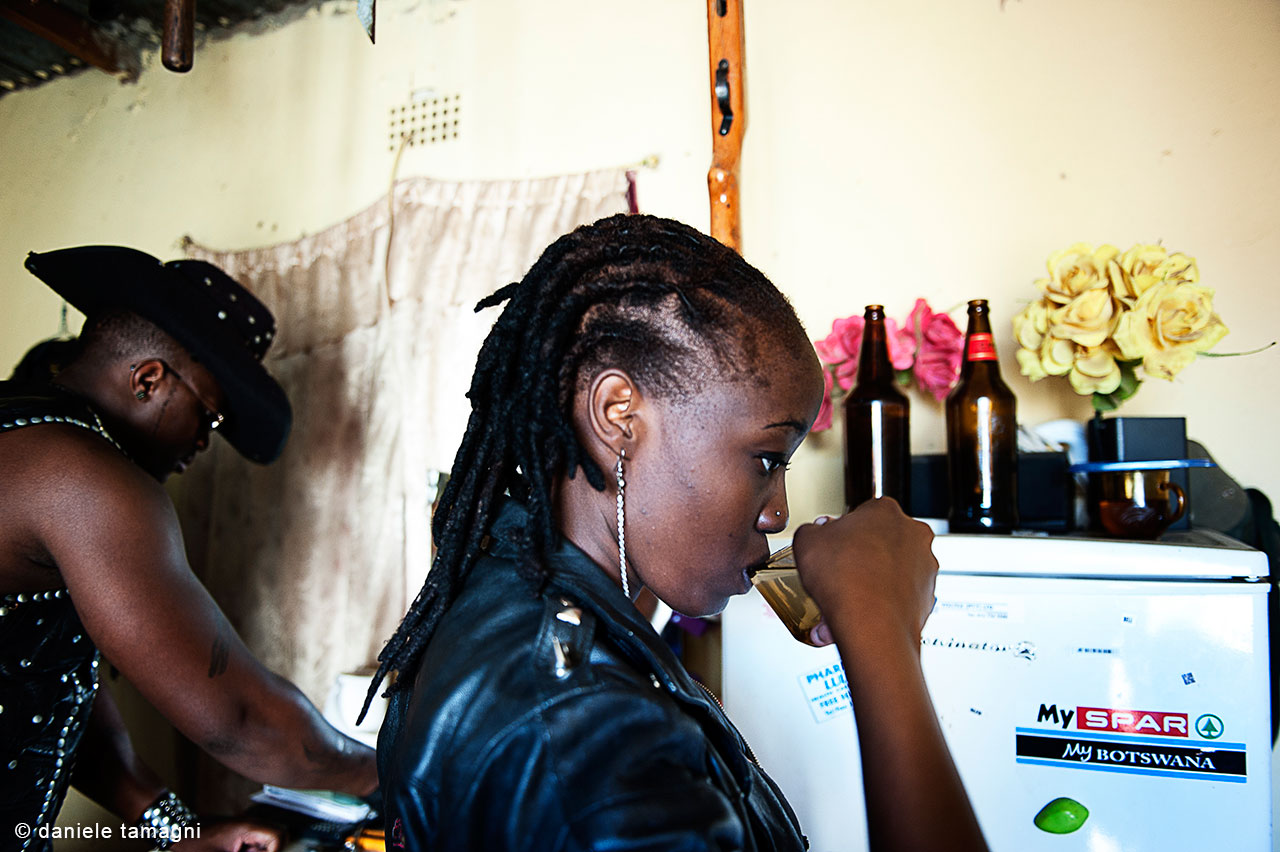 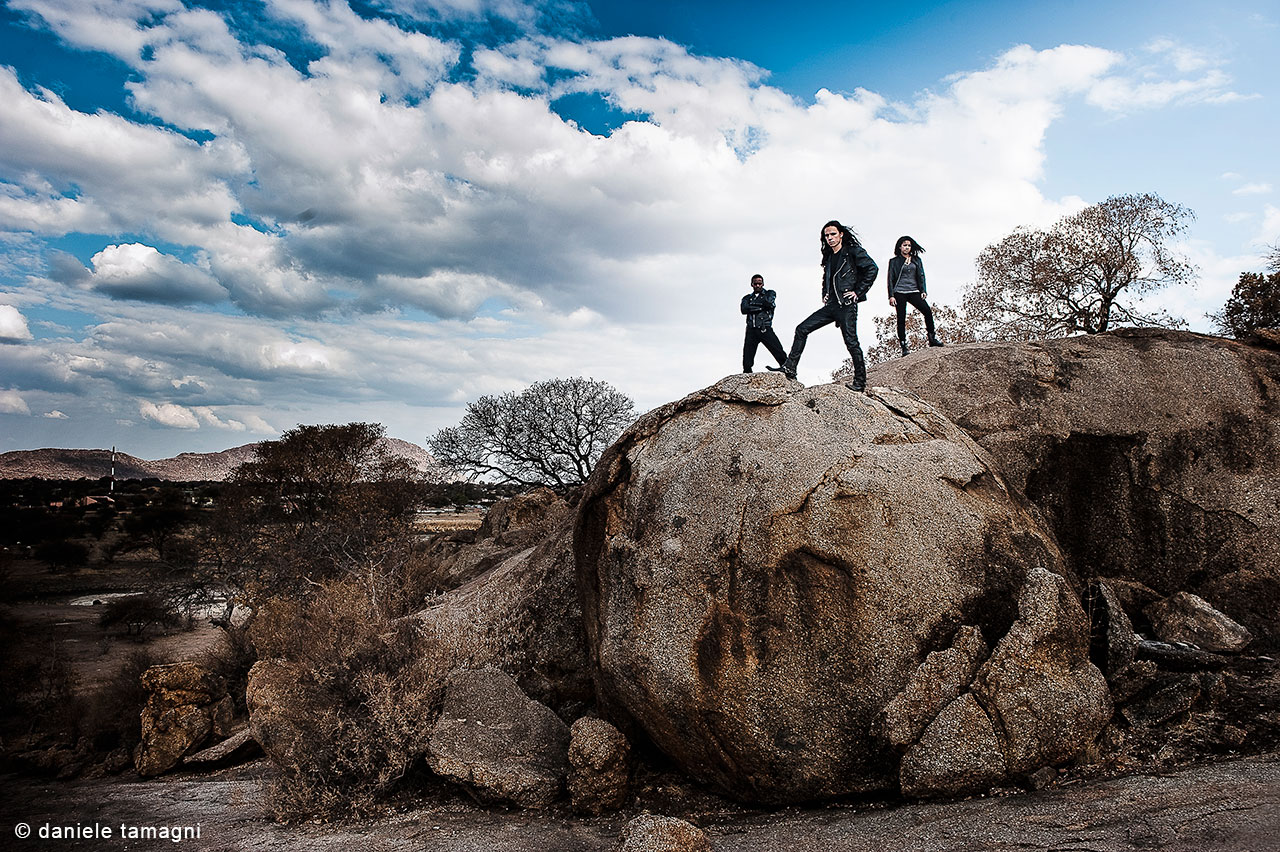 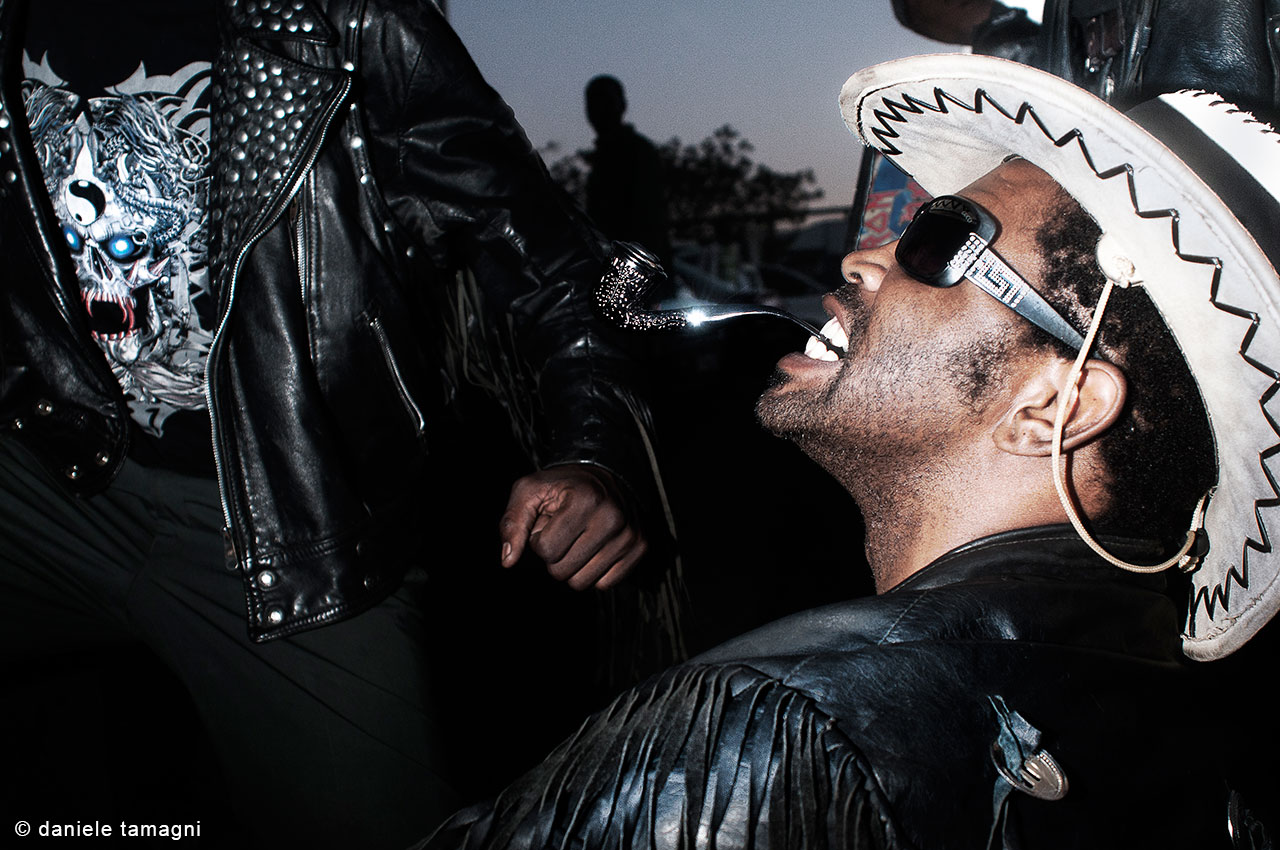 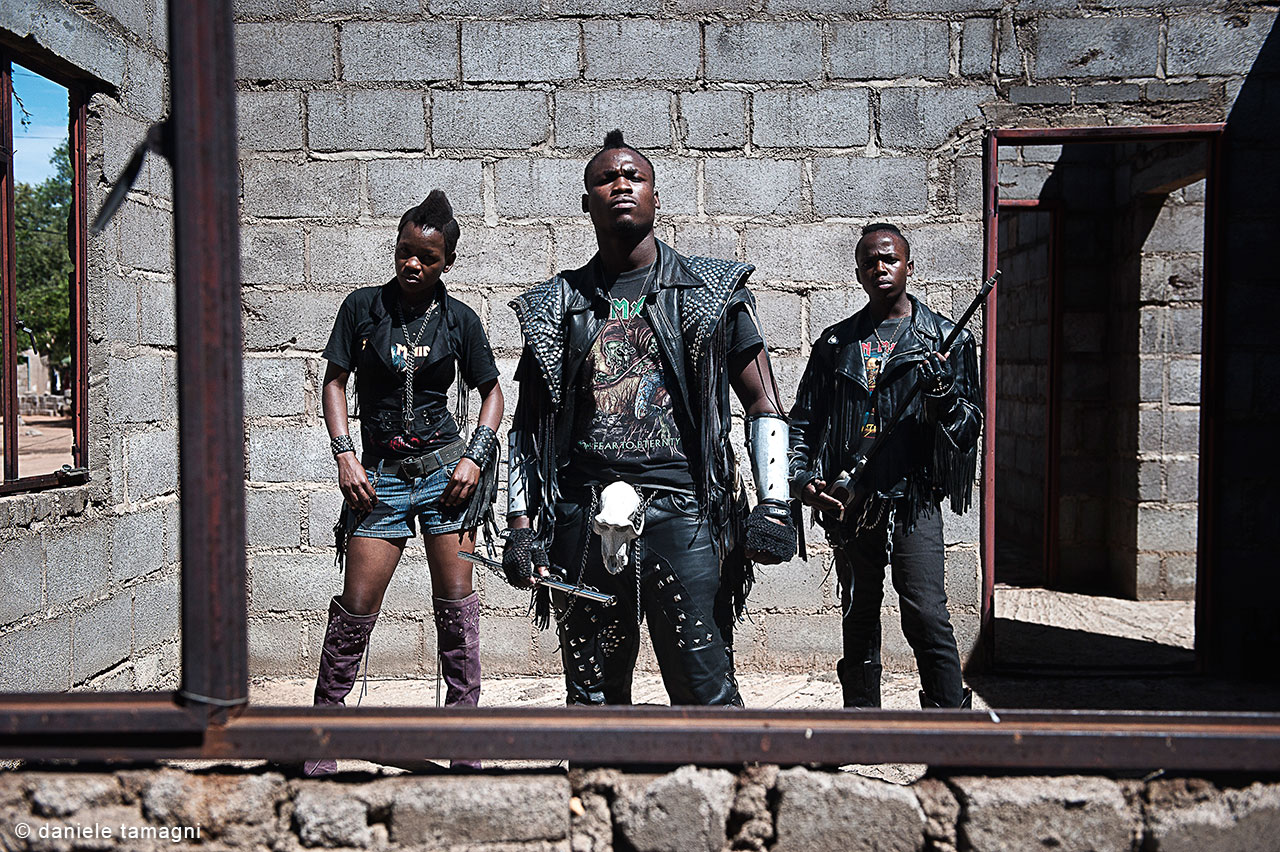 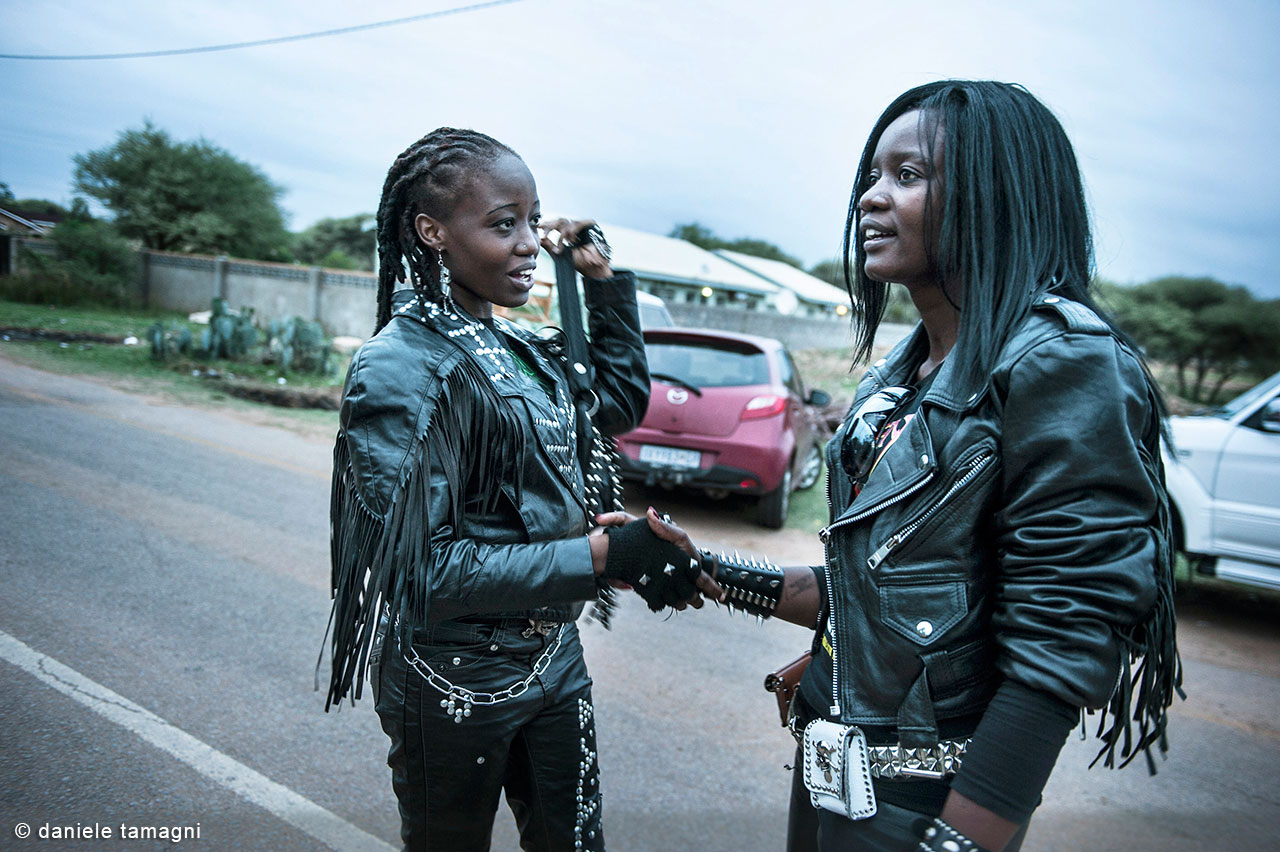 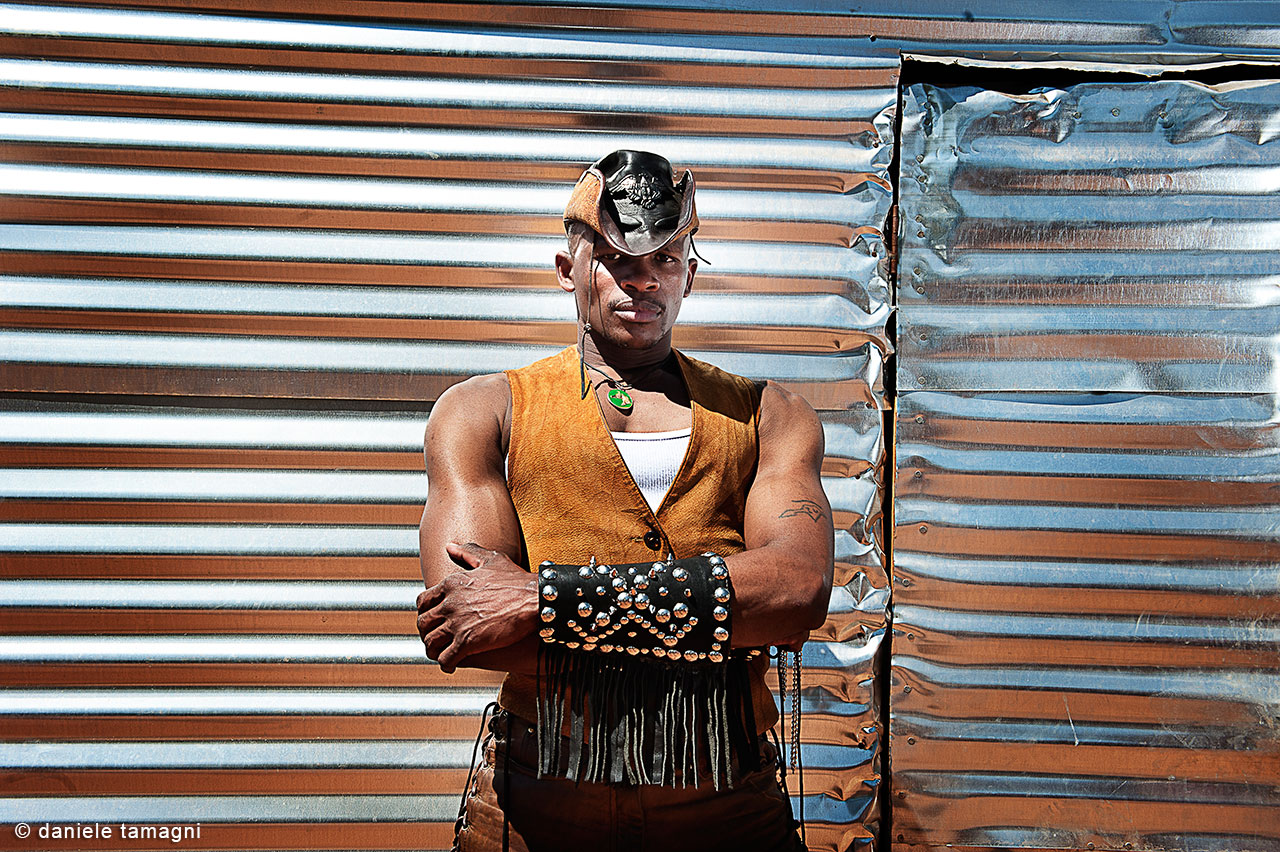 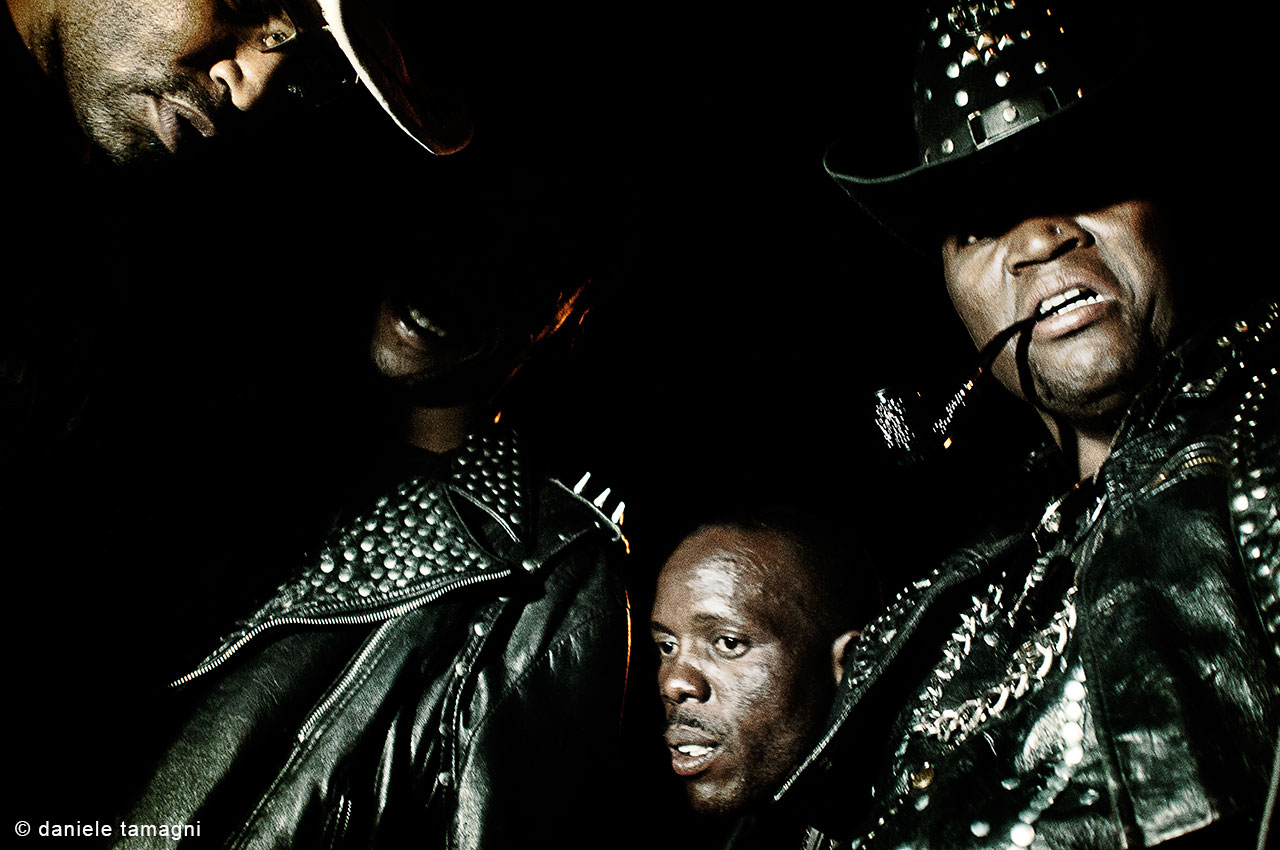 The story of Botswana Heavy Metal goes back a long way. Once upon a time, an Italian doctor ‐ a psychiatrist ‐ called Giuseppe Sbrana decided to settle in Botswana, where he started what is nowadays the largest psychiatric hospital in Africa. One generation later, in the savannah village where they lived, his two sons, Ivo and Renato, started their own operation. These were the seventies, and they created a rock group called “Nosey Road”, the first rock band in Botswana, and the most famous. Since 2006, third generation Sbranas have gone from rock music to Heavy Metal, African style. They created Skinflint.

When you think of Heavy Metal, you think of White Power, skinheads, racist guys. Some of the western metal heads would probably disapprove of Skinflint, a diverse group which includes a white man, a mixed‐race girl and a black man. For Giuseppe, knowing no boundaries also means mixing African traditions with western inspired metal rock. African mythology and folklore loom large in Skinflint lyrics: We have always used African culture and environment to hone our style.

What is interesting is the growing sub‐culture of metal enthusiasts that these groups have created in this quiet and remote country. Metal fans here have managed to create a unique style with a strong African flair.

From all testimonies, metal rockers are well considered in Botswana in spite of their unusual appearance, they have a reputation of being open and kind people. As other groups, Skinflint has engaged in community activities, in particular by holding several concerts to help fight the Aids epidemic in Botswana: Sadly, says Giuseppe Sbrana, the leader of the group, Aids still remains a major problem in Botswana, and its effects have been devastating on our society. We will continue to do whatever we can to address the issue at our shows, as we feel that Heavy Metal is a perfect medium to put the message across.