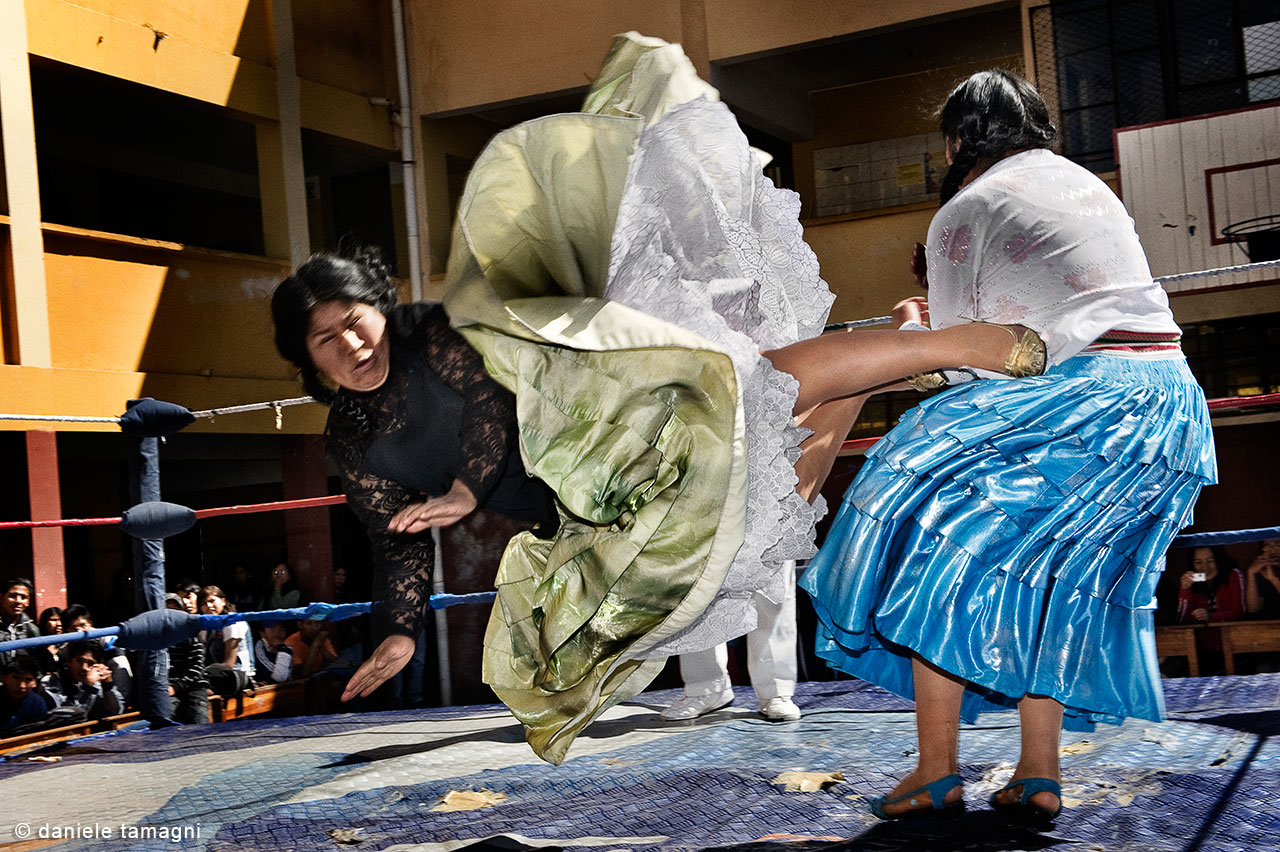 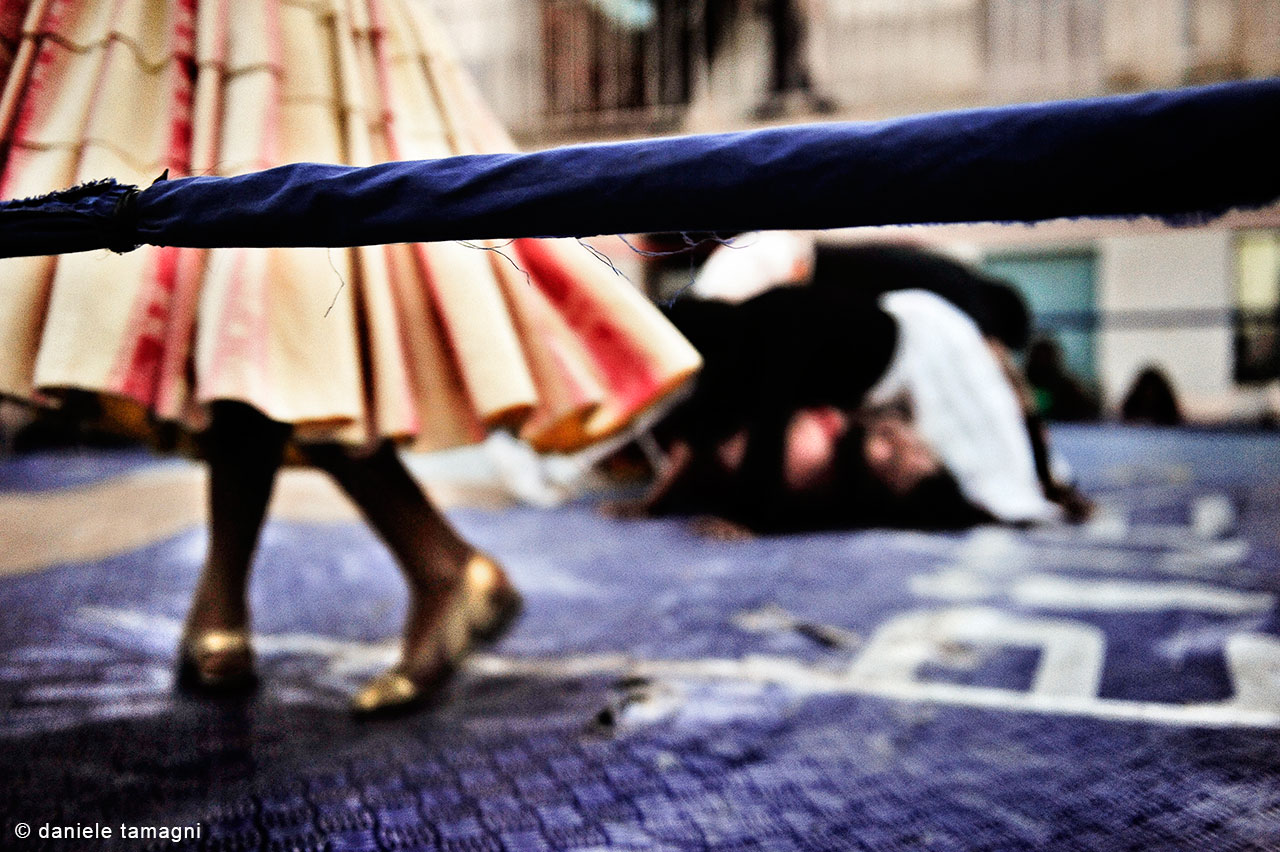 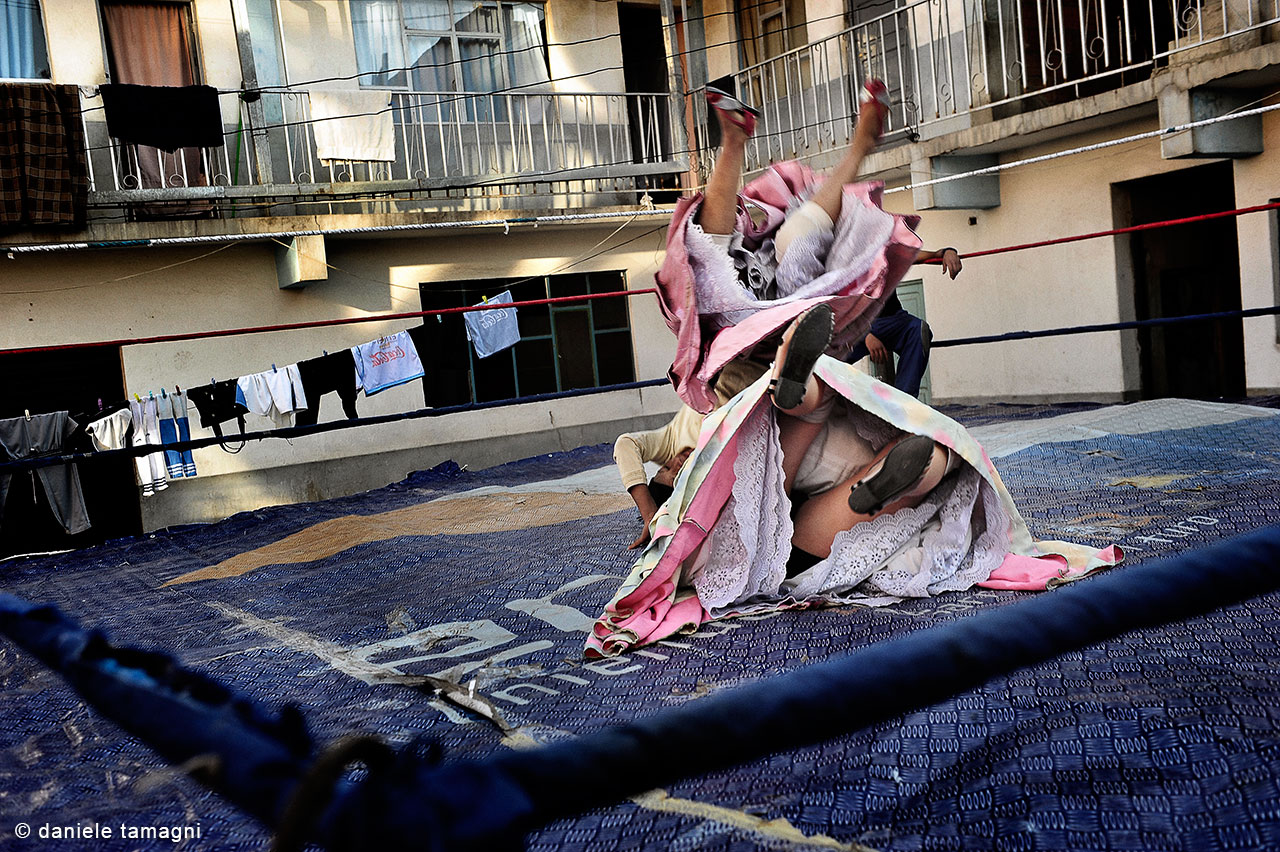 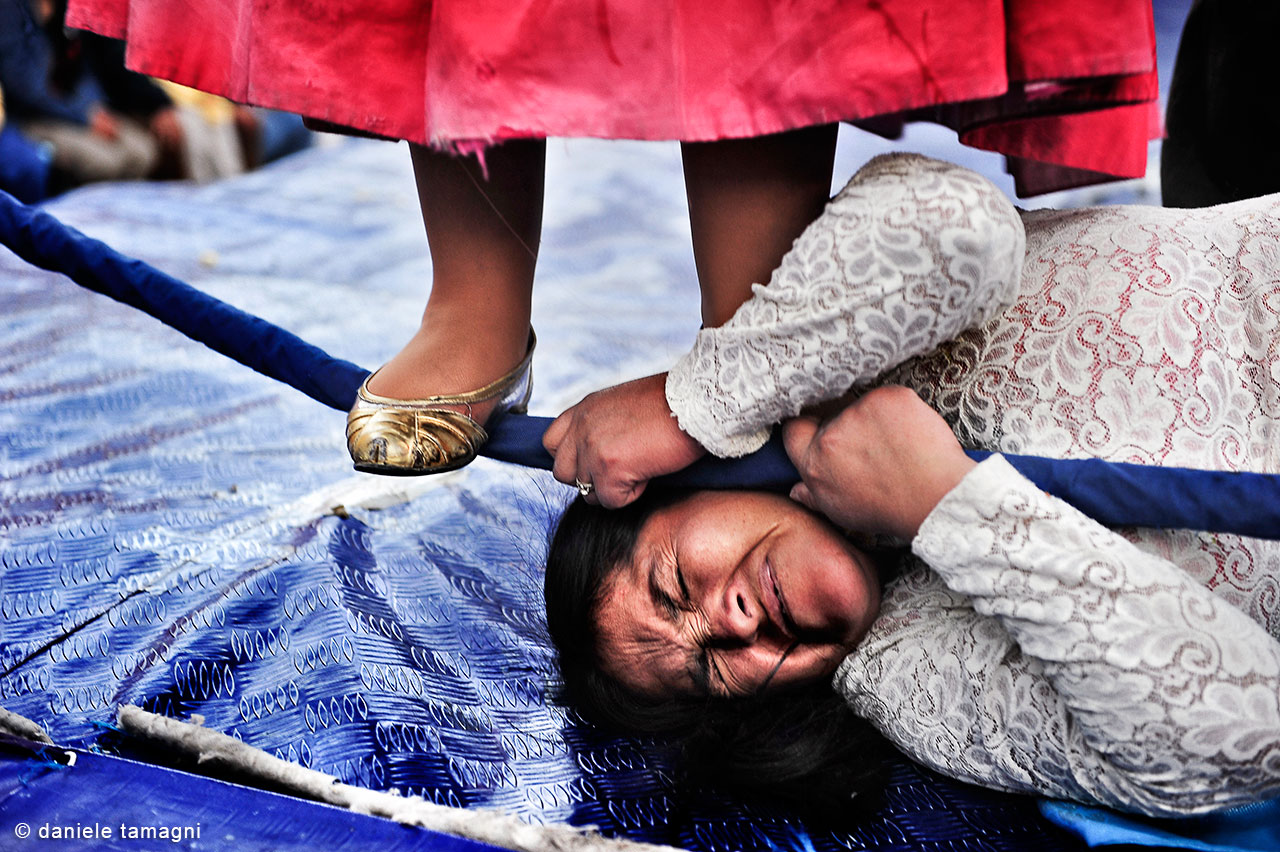 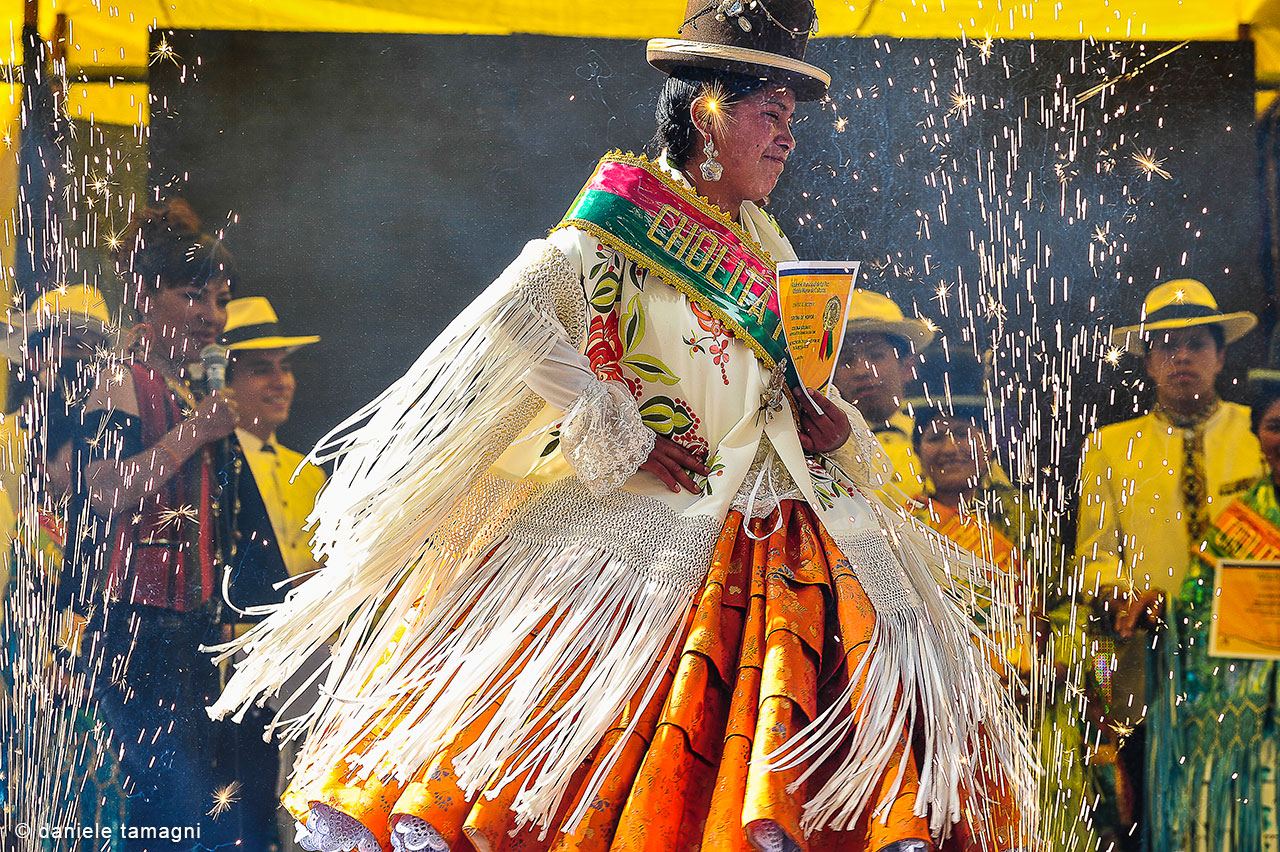 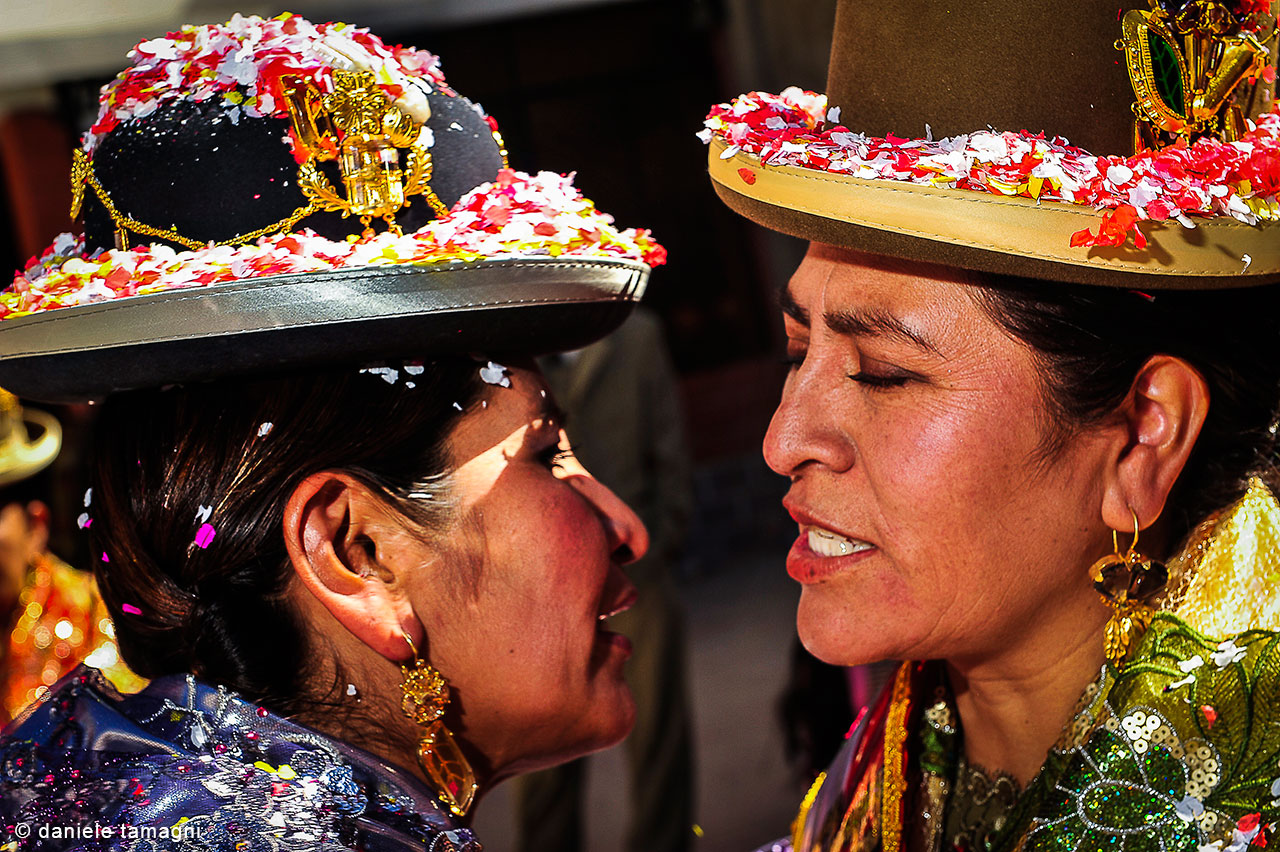 Cholitas are easily identified by the particular skirt they wear—a bouffant style gathered at the waist known as the pollera. They themselves prefer to be called…“we the pollera women.” In doing so, they set themselves apart from peasant women who wear dark, traditional skirts—both in name and appearance. Their dress is synonymous with social prestige. As opposed to the Western look, which favors thin women, fleshy women are valued and seen as a sign of health and social success. In fact, being a pollera woman allows her to show her superiority over peasant women—the indias—in order to be treated with less contempt than they are by the señoras. The cholitas of La Paz, and by extension of El Alto, occupy an intermediate social position in terms of migration, profession, and language.

Pollera women have always played a considerably progressive role in the struggle for women’s rights in Bolivia…Their actions challenge the classic perspective of the division of labor between men and women and associate physical strength with women, as in the case of wrestling. Cholitas like to prove that they can get along perfectly well without men—as mistresses of the home—in their work and also in their political and union activism. Bolivian president Evo Morales, who nominated the former leader of the union for domestic workers to be minister of justice in 2006, sanctioned such political ascension. Since 1989, cholitas gradually have reached top-ranking posts in the Bolivian government.

It’s not surprising that cholitas are excellent wrestlers. The matches embody their daily struggles, in which stakes are as vital as family survival, and they also represent their mastery of performance in certain forms of theatrical protest. The cholitas are not naive, and are best at juggling with ethnic ambiguity, which is now so effective in the political domain. Their identity is full of apparent paradoxes, of subtleties that allow them to thwart social and gender inequality, like a veritable kick in the face to the established order. As a result, they hold front-row positions in the modern world, the press, the Bolivian world of politics, and in the ring.